The NFL season is already halfway behind us, and the first-round playoff matchups are already shaping up.

So far the Arizona Cardinals, Los Angeles Rams, Green Bay Packers, Tampa Bay Buccaneers, Dallas Cowboys, and Tennessee Titans are all doing extremely well. They all seem set to score a spot in the playoffs, and the lucky winners will compete at the highest level for the Lombardi Trophy.

If futures aren't your thing and you are more interested in live sports betting, we have a slew of strategies that you can study for the best tips and tricks for live betting on NFL Sundays.

Who will win the Super Bowl?

This is a big question! After winning their first Super Bowl since 2003, the Tampa Bay Buccaneers entered the 2021 season as the favorites.

Thanks to top players like the legendary Tom Brady, the Buccaneers defeated the Kansas City Chiefs 31-9 back in February in Super Bowl LV. As a result, they’re the favorites to return to the Superbowl in 2022, and they’re currently ranked fourth in the NFC South standings with a 6-3 record.

The Kansas City Chiefs are another team that has done well in the last two years.

Who are the 2022 Super Bowl Sleepers?

Many NFL fans have forgotten the New England Patriots many wins over the years — especially in recent seasons. The Patriots have made their way to a whopping 11 Super Bowls, winning more than half of their appearances.

Currently, the Patriots are tied with the Pittsburgh Steelers for the most Super Bowl victories, yet the Patriots have won three in the last seven years. Yet, the last time they won was in 2019, when they defeated the Los Angeles Rams 13-3.

It’s also worth mentioning that GOAT Tom Brady left the Patriots in 2020 — a move that many fans believe may cost the New England team future Suber Bowl appearances and wins.

Still, the Patriot’s victory in 2019 is still relatively fresh, and they have a history of stunning everyone when least expected. They currently sit in second place on the AFC East table with six wins and four losses.

Although they have not been performing as well this season, bettors will remember the team’s winning history when placing futures wagers.

Ultimately, they may have to improve if they want a chance at the big game. In recent Super Bowl championship years, they’ve also finished atop the AFC East. They currently stand behind the Buffalo Bills, with a record of 6-3.

Ever since former head coach Jon Gruden left his position thanks to a slew of misogynistic and homophobic emails, the Las Vegas Raiders have been playing quite well. They currently have a 5-4 record and are third in the AFC West, having the same record as the second-place Los Angeles Chargers.

The Raiders have found it challenging to make it to the Super Bowl in recent years — in fact, they’ve found it challenging to just make the playoffs. They are one of the most successful teams in NFL history, but the last time they won the Super Bowl was in 1984. If they can improve their ranking, they can get a chance to make the playoffs for the first time in years. Perhaps, they may even win the 2022 Super Bowl.

It could be the Los Angeles Chargers’ year to win their second-ever Super Bowl. The Chargers are currently in second place in the AFC West and are in the perfect position to make a push to qualify for the playoffs. 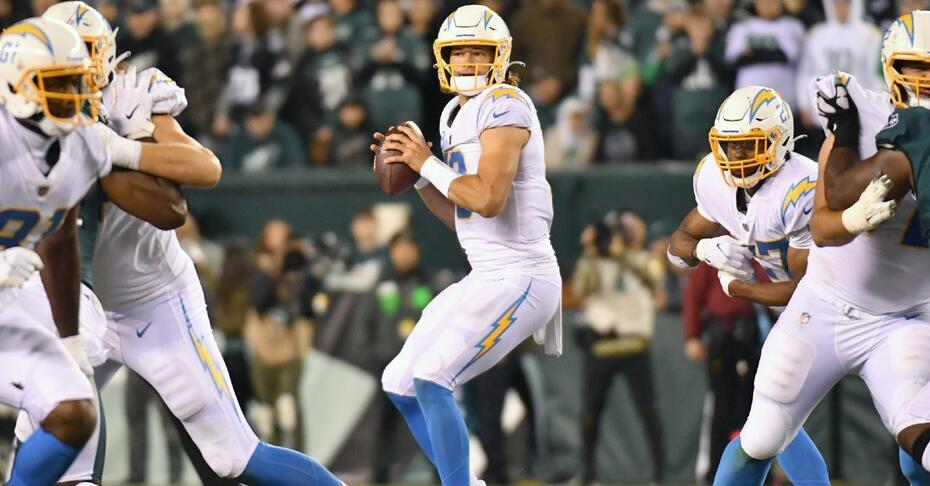 Quarterback Justin Herbert and wide receivers Mike Williams and Keenan Allen may all have to play their best from now until the end of the regular season — and all through the postseason — to even stand a chance to win.

The Chargers are not the biggest franchise in terms of star power, but who says it can’t be their year?

After crashing out of the first round of the playoffs last season, losing 48-37 to the Cleveland Browns, the Pittsburgh Steelers have another chance to become the most successful franchise in NFL history.

The Steelers are tied with the New England Patriots for the most Super Bowl victories with six titles each, and this could be the Steelers’ chance to move ahead of the Patriots.

The last time they won the Super Bowl was in 2009, and they have struggled to reach Super Bowl Stadium since.

The Steelers have a 5-3 record so far this season, and they are currently on a five-game streak. If they can keep it up, they could oust the Baltimore Ravens.

Although their rankings have slid in recent years, it would be a big mistake to ignore the New Orleans Saints — especially with their impressive gameplay recently. The Saints currently have a 5-4 record and occupy the second slot in NFC South, just below the Tampa Bay Buccaneers, who sit at 6-3.

They’ve not been this close to the playoffs in recent years, and they may be throwing away an ample opportunity if they let this slide. The Saints have only won the Super Bowl once before, so this would be their second claim to title after winning their first in 2010.

If you live in Louisianna and are interested in placing futures on the New Orleans Saints to win the Super Bowl, you can click here to find the best online betting options for you!