While I can’t figure out who’s going to score in the NFL anymore – or even how these crazy games are going to end: can anyone? We’ll get to that later in the week – I’m doing well on the college bowl front.

Last week, I went three out of four (perfect on the Las Vegas Bowl and 1-1 on the New Mexico Bowl).

Today, we’re going to look at a special prop bet that our friends at DraftKings are providing.

DK offers great sign-up bonuses as do other great gambling sites, so check out all the awesome offers available in your state including those from BetMGM, FanDuel, and many more.

Also, be sure to read our guide to online casinos, from Michigan to New Jersey. You can place all of your future football bets at various sites in several states across the country.

OK, here’s the prop bet you should consider with my pick in CAPS

The conference had a fantastic regular season, has gone 10-2 straight-up in bowl games over the past two seasons, and ESPN has five Big 12 teams in its Power Index (FPI), as does Jeff Sagarin in his ratings.

And yet, oddsmakers aren’t buying it.

Of the eight bowl games featuring Big 12 teams this season, only two teams are favored: Texas (-4) over Washington, and Baylor (-4) over Air Force – and, as indicated by the spreads, even those aren’t gimmes. I’m going to say the Big 12 wins two or three bowl games but not four. And remember, no point spreads are involved in these picks – only victories matter.

Games are in chronological order with my picks in CAPS. 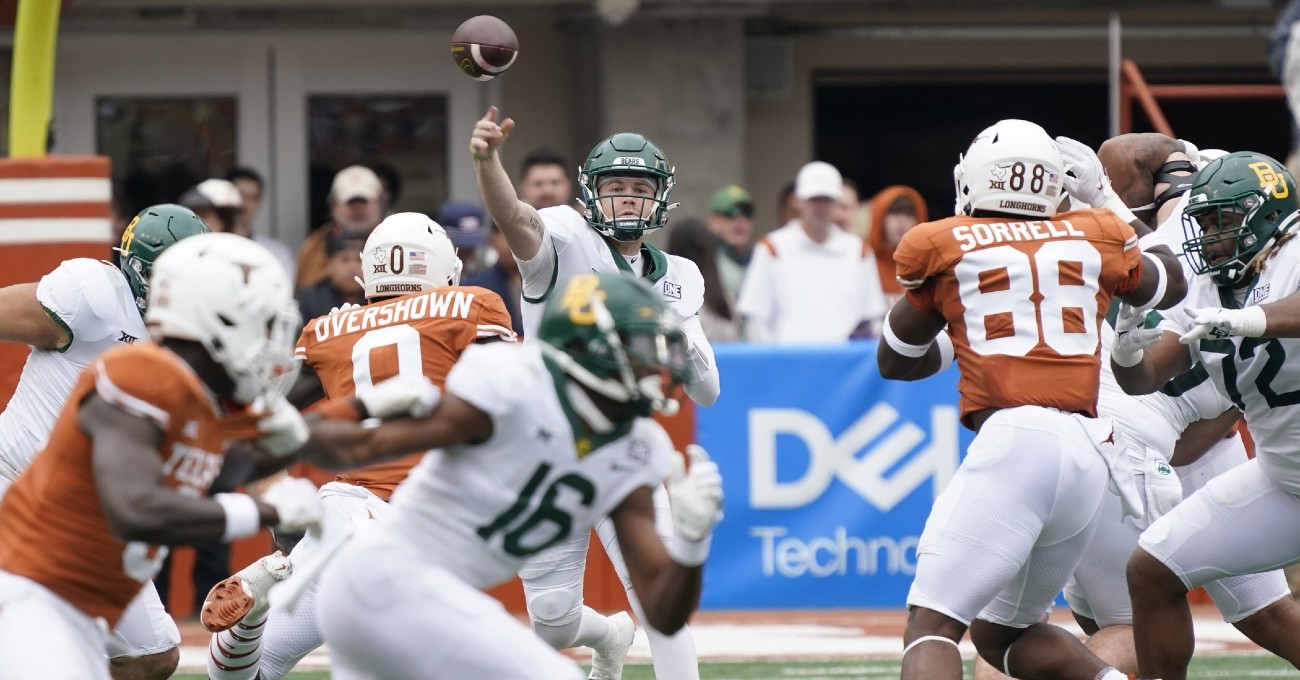 After a 12-2 season a year ago, who would have guessed the Bears would be 6-6 and on the verge of a losing season? They’re only favored by four, which is basically a home game in Forth Worth, Texas, but that’s because Air Force allows the third-fewest points in the country. Still, Baylor has far superior athletes and should be able to eek this one out.

New head coach Luke Fickell should have the Badgers motivated as next year’s returning players are essentially giving him an early audition for 2023. Plus, Wisconsin takes pride in bowl games. The Badgers have won seven of their last eight, with the only loss coming as a one-point heartbreaker to Oregon in the 2020 Rose Bowl.

Both teams started strong and then stumbled down the stretch, each finishing 6-6. The Razorbacks continue to lose players left and right to the transfer portal and opt-outs, while the full-strength Jayhawks are playing in their first bowl game since 2008. KU and the Big 12 will get a win here.

The Red Raiders won their last three regular-season games while the Rebels lost three straight, yet Ole Miss is favored by 3.5 points. That’s because coach Lane Kiffin isn’t off to Auburn and not one of his players is choosing to sit out this game. 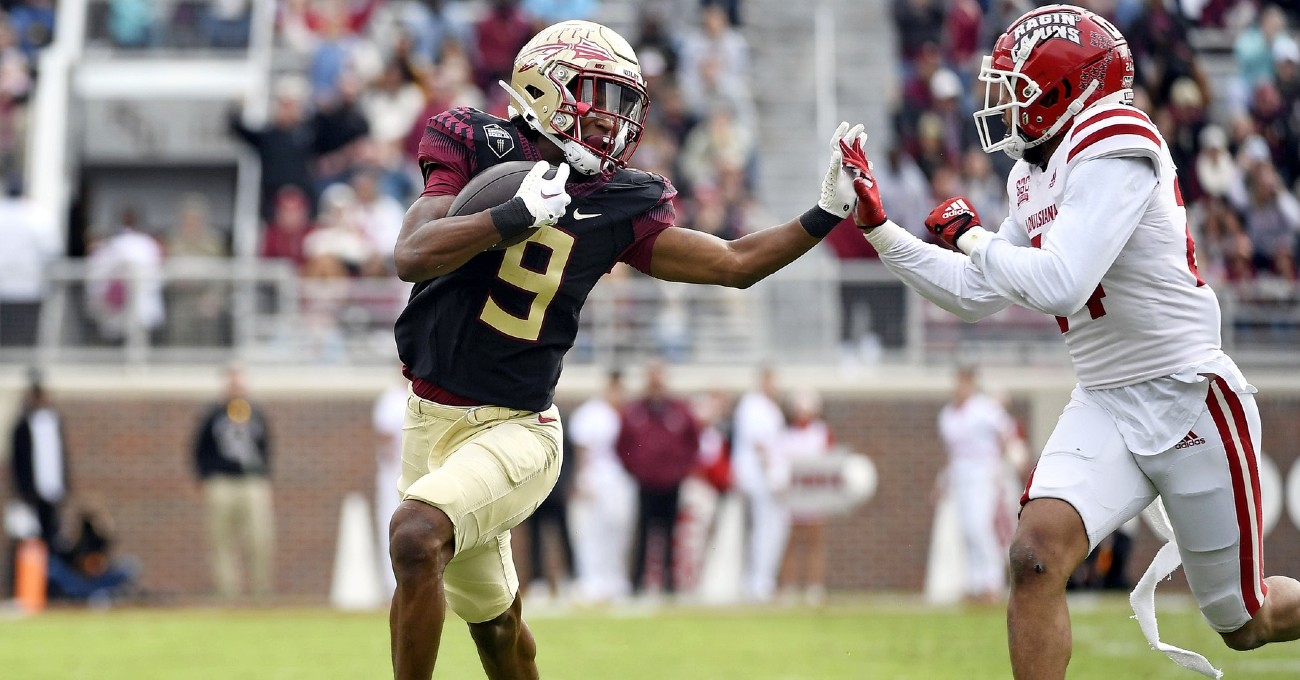 The Seminoles are 9.5-point favorites over the Sooners and for good reason. Mike Norvell’s FSU team went 9-3 while Brent Venables’s squad went just 6-6, and lots of Oklahoma players are bailing on this game, which is being played in Orlando, Fla., including star running back Eric Gray.

The Longhorns will be without stud running back Bijan Robinson, a certain NFL first-round draft pick next spring. Meanwhile, Washington coach Kalen DeBoer and his standout quarterback Michael Penix Jr. will want to show off the Huskies’ offense, and finish with a top-10 season that could potentially woo Long Star State recruits to the Evergreen State.

ESPN’s Adam Rittenberg has already picked the Wildcats to upset the Tide and that’s certainly possible if Nick Saban can’t get his team motivated. But that shouldn’t be a problem because both Will Anderson and Bryce Young, the likely top two picks in next spring’s NFL Draft, have surprisingly decided to play. 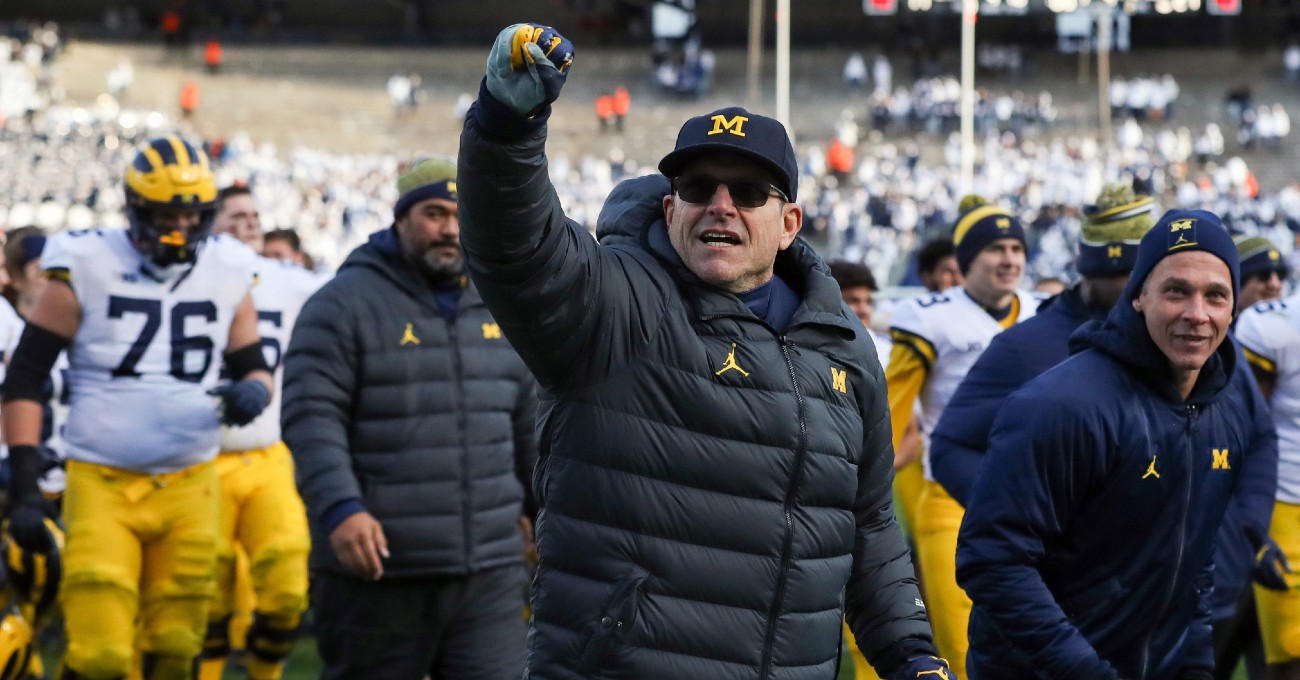 Jim Harbaugh’s Wolverines want another shot at Georgia after last season’s CFP semifinal beatdown. This should be close – I do like TCU (+7.5 here), especially since the Horned Frogs won’t have to deal with injured running back Blake Corum – but Michigan will find a way to get to the title game.