The NFL postseason is almost here (the Seahawks and Niners kick things off Saturday in Santa Clara, Calif.) and it’s time to get those future bets in before Super Bowl LVII on Feb. 12.

We’ve already discussed the two best underdogs to back now while the getting is good.

Here are the current odds (I’ve posted only the top 26 betting choices; everyone else is at 100-to-1 or longer odds), courtesy of FanDuel Sportsbook, one of our favorite sports wagering sites. Check out our reviews for many more across this great gambling land.

Picking the Super Bowl MVP is tricky because first, you have to figure out which two teams are even going to get there and then, of course, who’s going to play well.

Out of 56 Super Bowls thus far, quarterbacks have won the award 31 times.

This is why the top six betting favorites are star QBs (Mahomes, Allen, Hurts, Burrow, Purdy and Prescott).

But, remember, in the interest of making this more difficult, and earning a solid payoff, we’re going with two true long shots, so those six studs are out.

I was tempted to recommend three other QBs for various reasons including Herbert (but too many potential road games for the Chargers), Brady (because, well, ya know Brady, but the Bucs are too old and not good enough) and the most interesting one is Garoppolo. Quickly hear me out on that one: Reports are he’s making progress on his injured foot and could be available for the Super Bowl if the Niners make it that far.

What if Purdy plays poorly – or gets injured in the NFC Championship game – San Francisco still wins to reach the Super Bowl and Jimmy’s available? What then? Unlikely but it’s an intriguing, tempting thought.

But there are two other players with a bit shorter odds that I like better.

First, I’m starting to lean toward a 49ers-Chiefs showdown in Super Bowl LVII, which would be a rematch of the 2020 game (Super Bowl LIV) that Kansas City won 31-20.

I’ve said for a while that the four best teams are Kansas City, Buffalo, Philadelphia, and San Francisco. I still believe that’s your NFL final four.

With that in mind … 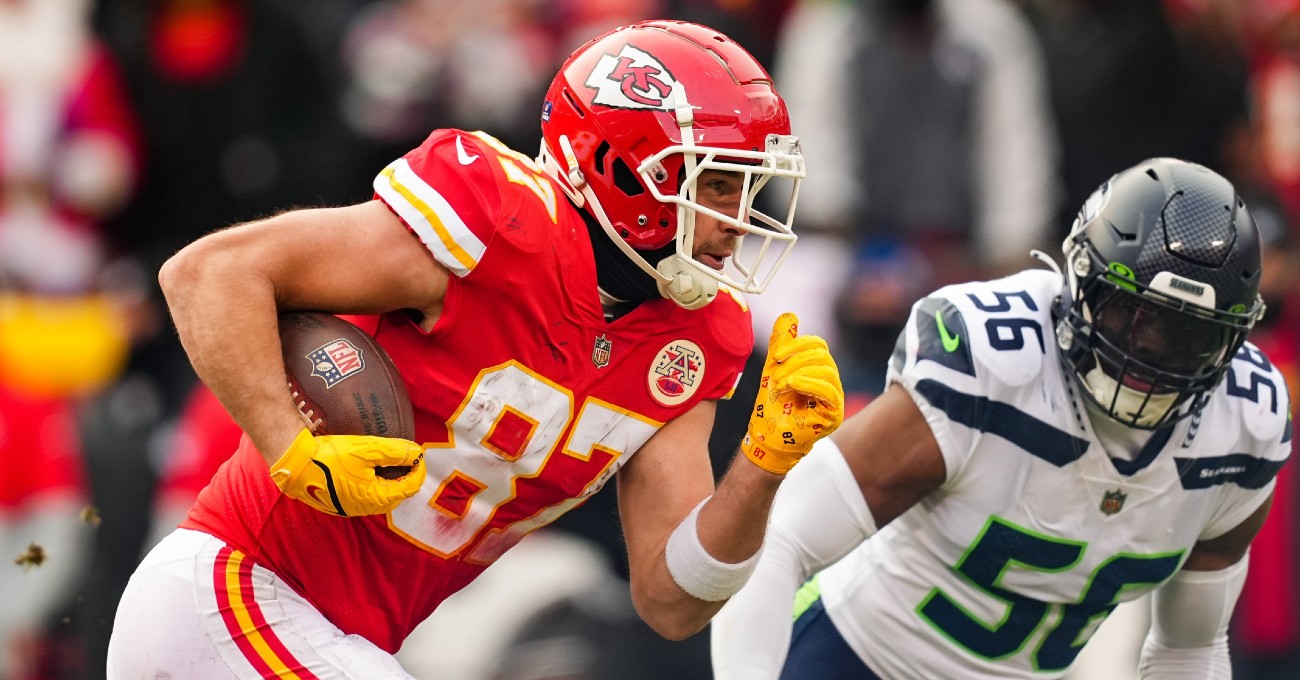 I know, I know. In the history of the Super Bowl, there have been exactly zero tight ends to win MVP. Don’t care.

If the Chiefs make it back to the big game, Mahomes will find him – and, I believe, often.

As ESPN.com reported, when it asked an unnamed opposing AFC player about Kelce:

What makes Travis Kelce the toughest tight end in the game?

"Kelce is smart, beyond all he can do physically, he's just f---ing smart. So, if he's looking at a lot of zone looks he'll just find the soft spots over and over and Mahomes has been around him so long he just knows how Kelce will settle in all of those looks. Even tight windows aren't tight enough, they just know each other, done it too often. ... He's going to get catches, he's too good, too smart, but the idea is to limit damage, make them first downs, not touchdowns." – AFC player 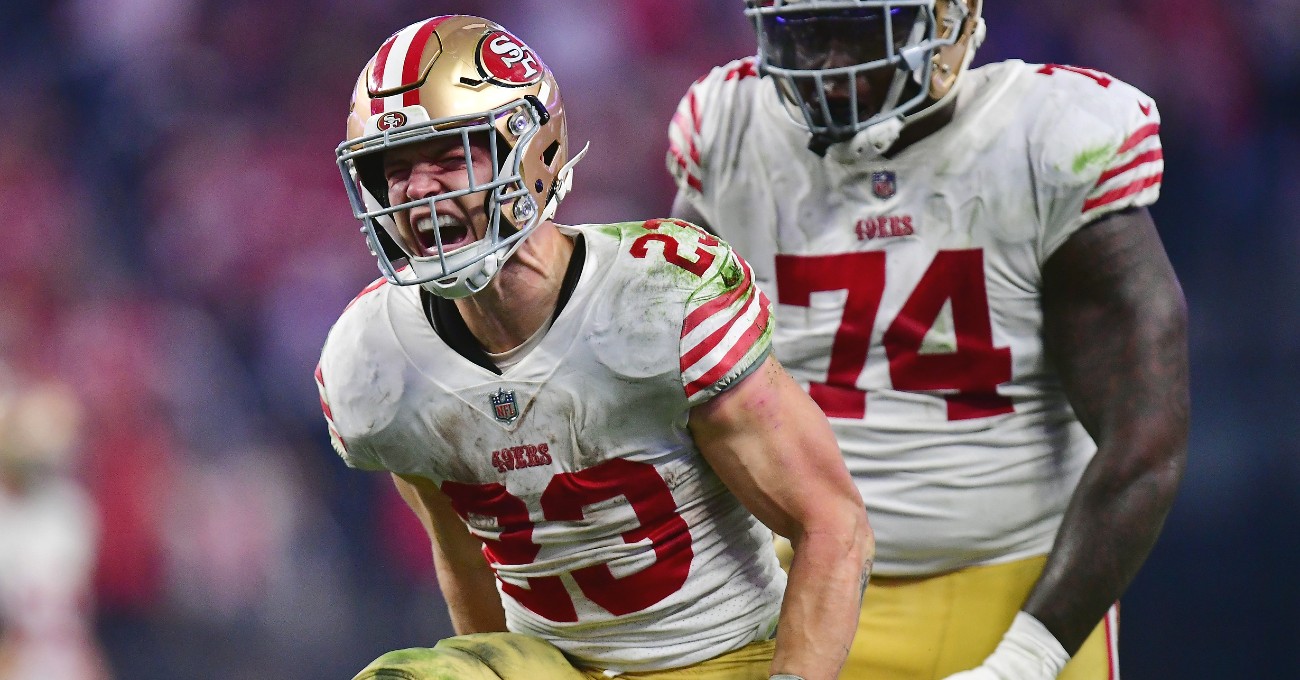 McCaffery is such a dual threat out of the backfield that he could expose Kansas City’s biggest weakness: pass defense. The Chiefs were dead last in the league, by a lot, in passing yards allowed (a whopping 5,250 yards) as well as passing TDs (41).

To take pressure off Purdy, or Garoppolo, should he somehow be the Super Bowl starter, the Niners’ offense will have McCaffery flying all over the field. Short runs, zippy dump-off passes, all of it.

What has McCaffrey brought to this offense?

"He's brought a lot. You just don't know. When he's in the backfield, he can obviously catch, he can run the ball, so you just don't know what they're gonna do and it's hard to defend a back like that. So he allows them to switch up their scheme and use different personnels, like 21 personnel, 11 personnel ... so he's just a great weapon to have." – NFC player