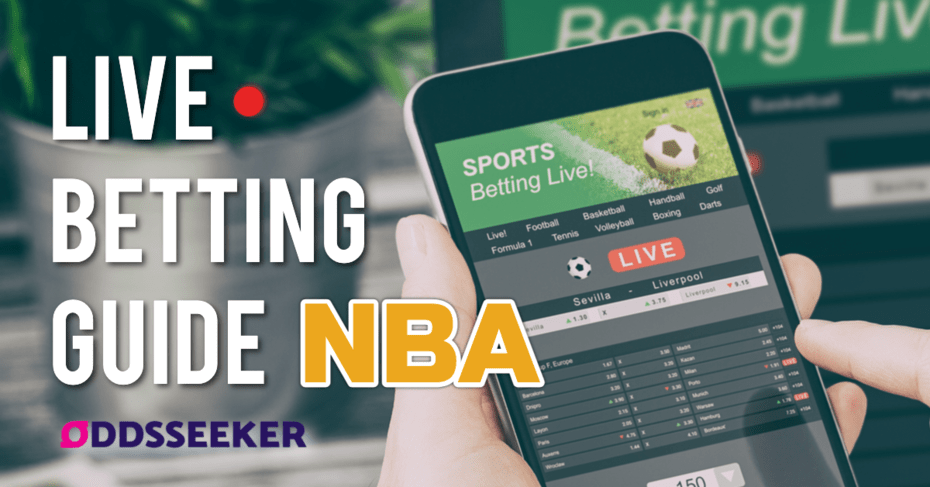 NBA betting is one of the fastest-growing live sports betting markets in the world. With a strong global audience base and superstars drawing the attention of fans, new people every day are trying to learn how to bet on NBA games.

1) Know the Team Objectives for the Season

Since the 60’s the NBA’s regular season runs from October to April, with each team playing 82 games. That’s a lot of games being played within a 6-month period. When there are too many games involved the likelihood of you encountering outliers in the form of upsets will increase greatly.
Before betting money line during a regular-season game, ask yourself 2 questions. 1, what are the objectives of the teams for the season, and 2, what point in the regular season are we at. If you already checked the answers to these questions before the game, the accuracy of your in-game picks will increase.
If you know that one of the two teams is “tanking” to get better draft picks, while the other team is trying to make the playoffs, you could go into the game expecting that the team trying to make the playoffs will win. Then, you can build a strategy around waiting patiently to find a satisfactory odd level for your team to win the game.
It is also important to be aware of, what point in the regular season you are currently at. Teams usually don’t start tanking early in the season before losing their hopes to make the playoffs or teams that are already guaranteed a playoff spot don’t play their star players closer to the end of the regular season.

Believe it or not, basketball actually has more injuries than any other sport. Thus, checking the injury list before a game is crucial and can provide you invaluable insights into what in-game lines to concentrate on once the game starts.
The NBA regular season is very long and within this tight schedule injuries are inevitable. If you are not aware of who’s playing and who’s not, you might pick the wrong team during the game. For example, if you run into a scenario where the Lakers are up by 8 at the end of the 2nd quarter against the Boston Celtics, with a money line of 2.05, you might think this is a no brainer as the Lakers have a stronger squad led by superstars like Lebron James and Anthony Davis. It would be a very unpleasant surprise to realize that both superstars are out injured after placing your bet. Thus, always check the injury list before each game, especially during the pandemic.
Additionally, knowing the injuries could help you make informed guesses on how the remaining players on the court will perform. If you know that, Draymond Green, who averages 7 rebounds per game in his career, is out for the Golden States Warriors, you can assume that the opponent will take more rebounds in his absence or that other players in the Golden States roster will take more rebounds than their season averages. This is a great strategy to govern when betting on player props during the game.

How to Assess Momentum in NBA

Momentum, during an NBA game, shows itself in the form of comebacks from large deficits. You may ask, how can we predict a comeback before it happens? All legendary comebacks are fueled by an initial action that re-energizes and electrifies both the team and the crowd. Typically, that action is either an impressive defensive sequence followed by a successful offensive sequence or the other way around.
You have probably witnessed Lebron James’s legendary block in the 2016 NBA finals, where he denied Golden State’s Andre Igoudala, followed by Kyrie Irving’s dagger that brought Cleveland Cavaliers their first-ever NBA championship.
Of course, the action that re-ignites a comeback is not always this apparent. Nevertheless, you can easily observe a deficit diminishing on the scoreboard. Make sure you are placing your bet closer to the end of the game to avoid a second momentum shift to the opposite side after you placed your bet.
How to Read Live Odds in NBA
Basketball, in general, has less in game markets available compared to other sports like soccer or tennis. The lines are also more numeric in value such as, how many points there will be during the match, half, quarters or which team to reach a specific number of points etc. It is hard to deduct a learning based on these lines as there is always exactly a 50% chance for the event to happen or not to happen. The game will either end under a specific number of points or over, the possibilities for each are always the same.
When live betting on an NBA game, the most meaningful odds are the ones tied to moneylines. You can learn a lot from examining the fluctuating odds on the money line markets during the flow of a game.
If a team is up by over 10 points early in the game, and still capped at a high money line indicating low probability of winning, this tells you that they are the underdogs. If a similar scenario occurs even within the latter stages of a game, this implies higher dominance overall on the losing team’s side.

1) 4th Quarter Under During Crunch Time

The point, late in a game, with a close score, when teams and players have to set up and play their best defensive efforts to secure a victory is called the “Crunch Time”. At this point, the game slows down, with the players have the shot and the game clocks in their minds.
This is a perfect recipe to bet under the 4th quarter total points. The reason why we are suggesting picking under 4th quarter total points instead of total match points is the possibility of Over Time. In the situation where a game goes to OT, the total match point markets remain open until the end of the game and ruin your under bet even if it hits on the regulation time. Betting 4th quarter under instead changes the situation in your favor. A tie at the end of the game requires the defensive efforts to intensify as conceding points later in the latter stages could mean losing the game. If a game is tied with 1:10 remaining on the shot clock, there is a possibility, with the intensity of defense being played, that both teams will return empty on a couple of positions and there won’t be a need to foul as the game is tied.

2) Match Total Over During Crunch Time

In the scenario where, during crunch time, one team is up by a margin that is not enough to say that the game is over, the losing team starts to foul in an attempt to stop the shot clock, sending their opponents to the free-throw line, hoping that they will miss their shots. After the free throws, the losing team will try to use the ball as quickly as possible to make sure they have time to foul their opponents and get the ball back. This sequence in return inflates the total points scored in a game.
When there is a similar scenario, bet over total match points as there is a possibility of overtime as well.

NBA is a Perfect Fit for a Volume Game Strategy

Considering the long duration of the NBA regular season, plus the playoffs, there are NBA games being played every night of the week throughout the season. The larger the data set and the sample size, the higher the likelihood of running to an outlier. Thus, always diversify the risk by allocating your money wisely in between your picks.