The Ten Best Starting Rotations For The 2023 MLB Season

As free agency madness has finally seemed to end, it’s time to sit down and look at how some of these teams shape up coming into the 2023 season. While I will eventually break down every team and their odds of winning the 2023 World Series, today I will focus just on pitching. Some of the best pitchers in baseball will be wearing new jerseys this year, and some teams really bolstered their staffs in the offseason, so here are my five best starting rotations coming into the 2023 MLB season

Momma, there go them Mets. No DeGrom? No Problem. Already a 2023 favorite on MLB betting sites, the Mets were able to turn the $185 million the Rangers spent on DeGrom into Justin Verlander, Kodai Senga, and Jose Quintana–sounds like a decent deal to me. Add on ace Max Scherzer and round out the rotation with veteran Carlos Carrasco, and you’ve got yourself a #1 pitching staff on your hands. Sure, the Mets will miss DeGrom–but remember, he was a walking, breathing question mark in terms of health. Since winning back-to-back Cy Young awards, DeGrom has only managed to start 38 games in the last three seasons, and no more than 15 games in a single season. If Senga can become the solid starter we all think he is, then the Mets will be saying “DeGrom who?” in no time. If you think the Mets can take this #1 ranked pitching staff all the way to a World Series victory, then you can bet on them through any of these online casinos. 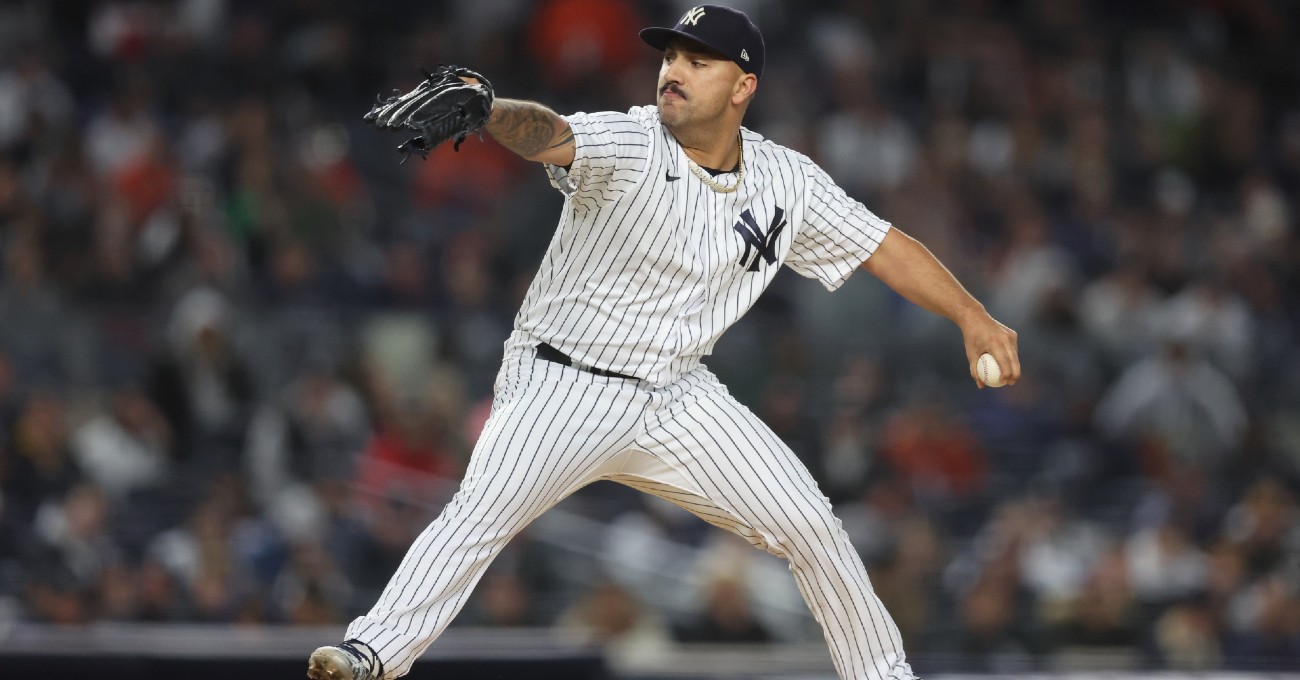 When the Yankees resigned Judge to that monster contract, we all kind of expected their major signings to be finished for 2022. Boy, were we wrong. Going out and signing Carlos Rodon was a fantastic move, and one that has granted them one of the best pitching staffs in all of baseball. Cole, Rodon, Cortes, Severino, and Montas make up one DAUNTING rotation, but what keeps them from the top is their health. Rodon is an injury magnet, starting more than 25 games in a season in 2022 for the first time since 2016, and Severino has only made 22 starts in the last three seasons combined. Montas also had a rough go at it in pinstripes last year, posting a 1-3 record with a 6.35 ERA across eight starts.

All revolving around Alek Monah, this Blue Jays starting five really is something. Thanks to the addition of Chris Bassit in the offseason, the Jays now have a solid one-two punch (between Manoah and Gausmann) followed by an even better middle rotation (Jose Berrios and Chris Bassitt). The rotation is rounded out by veteran Yusei Kikuchi, who has some very solid years under his belt.

That's right, even without Tyler Anderson (free agency) and Walker Buehler (injury) the Dodgers still managed to put together a top-10 rotation. Keeping Kershaw was huge, and replacing Anderson with Syndergaard is at worst decent. Sure, Anderson had an incredible season last year, but he’s about to turn 33–so could you have even trusted him to do it again? The Dodgers now have an exciting young staff led by a future hall of fame veteran, and should beneift greatly from Julio Urias, Dustin May, Tony Gonsolin, and Ryan Pepiot all gaining another season of experience. 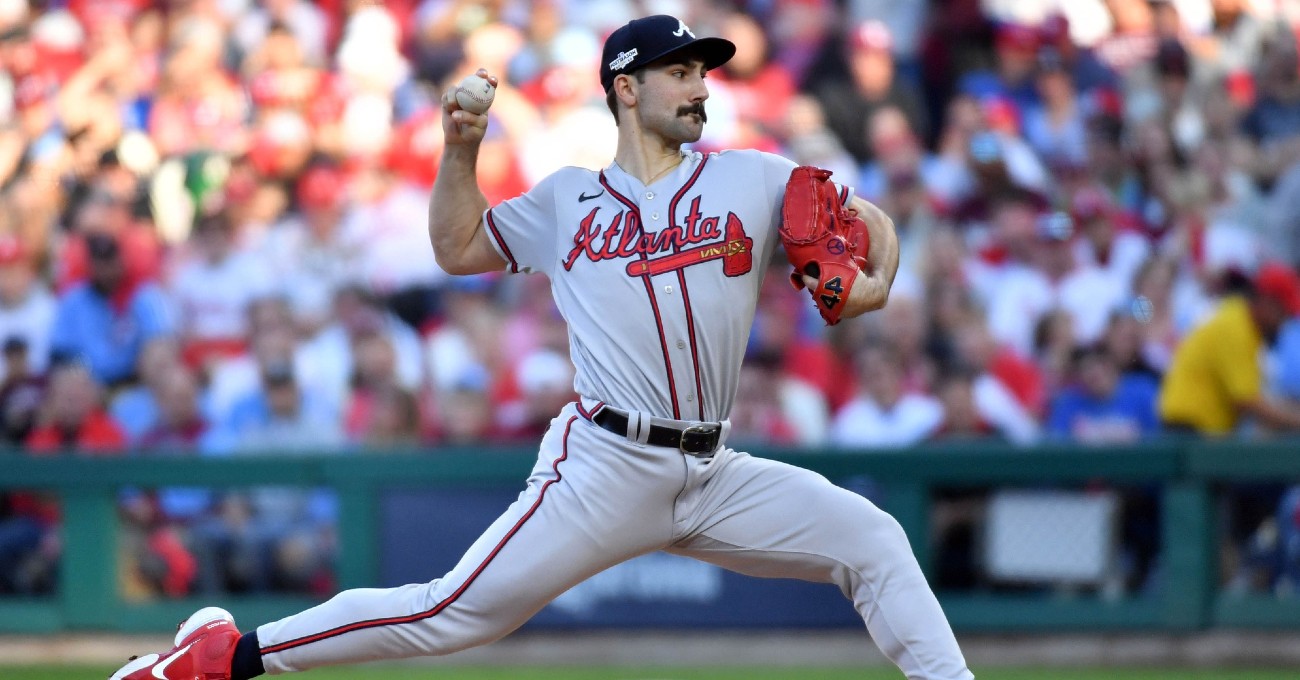 The Braves are putting together the pitching staff of the future, and boy, is it working. Spencer Strider and Max Fried might just be one of the best one-two punches in baseball right now, but add on the fact that they are followed up by Kyle Wright, Michael Soroka (if/when healthy), Ian Anderson, and veteran Charlie Morton, and you have such a scary pitching staff.

Obviously, the elephant in the room here is that the Astros lost Verlander. However, they are still left with an incredibly solid core of young starters that now have to nut up, or shut up. While the ceiling is incredibly high for a staff that includes Framber Valdez, Jose Uriquidy, Luis Garcia, Cristian Javier, and Lance McCullers Jr, the floor is also incredibly low. In addition, McCullers only started eight games last year–so can I even confidently include him in this staff? I’m sorry, Astros fans, but there are just too many question marks here at this time to confidently rank them any higher. However, these question marks don’t seem to scare the oddsmakers over at DraftKings Sportsbook, who currently have the Astros as the odds-on favorite (+600) to win the World Series.

The Phillies' lack of a fifth starter is what is really killing them here. Handcuffed up top we have Zach Wheeler and Aaron Nola, who are enough to give any team an issue. Then, in the middle of the rotation, we see Ranger Suarez and newcomer Taijuan Walker, who are both very solid pitchers. However, it is here where we fall off of a bit of a cliff. Bailey Falter surely had his moments last season, but he often has trouble commanding his pitchers, resulting in almost 2 home runs per nine innings last season. If the Phillies can figure out the end of their rotation by opening day, then they can surely bust into the top five. 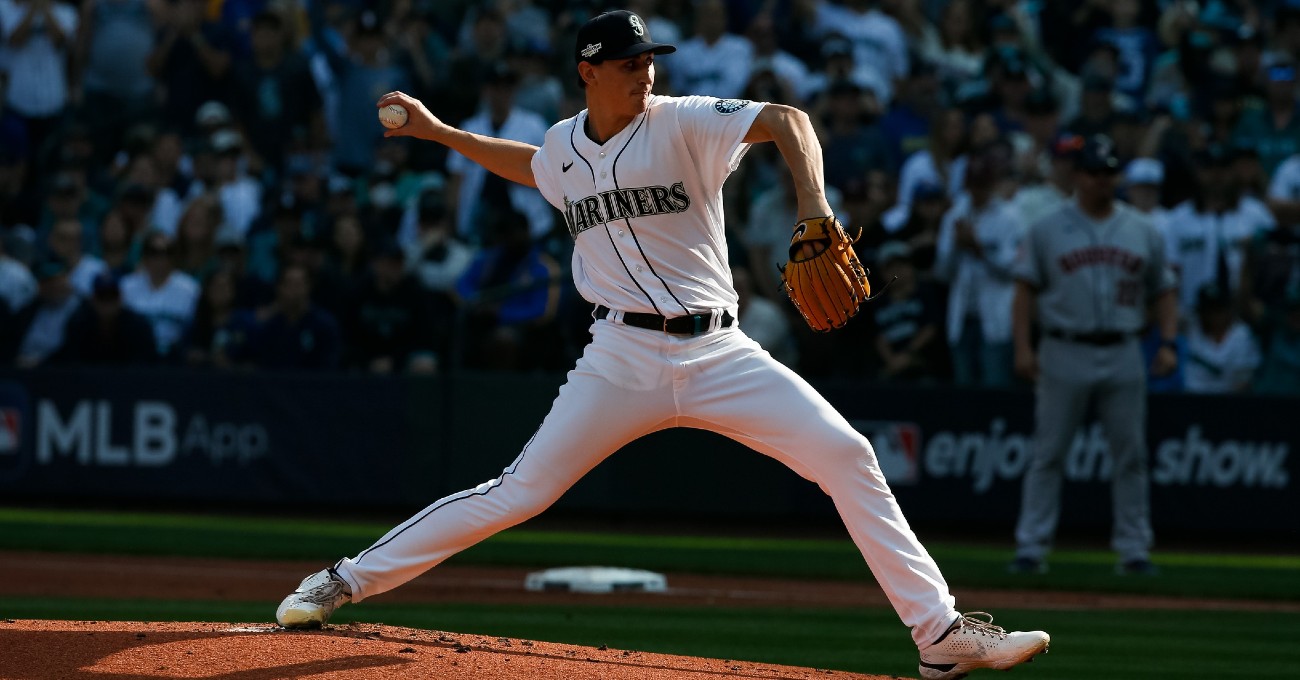 The darlings of the postseason last year, the Mariners are back and seemingly better than ever coming into this 2023 campaign. The Mariners most notably traded for outfielder Teoscar Hernandez in the offseason, which should be an incredible addition to an already explosive lineup. While they didn’t touch their starting five, they really didn’t have to. Luis Castillo, Robbie Ray, Logan Gilbert, and rookie phenom George Kirby all held sub-4.00 ERAs last season, and their fifth starter, Marco Gonzalez, was able to hold his own for the most part. At the end of the day, though, there are just too many question marks. Will Kirby be able to recreate his rookie season? Will Ray, now 32, be able to keep it up? And, most importantly, will Luis Castillo, who in 2021 lead the league in losses, tend to stay on the hot side of his streaky performances? Who knows–but DraftKings has them at +1600 to win the 2023 World Series.

Corbin Burnes and Brandon Woodruff make up one of the best, if not THE best, duos in major league baseball. That said, this Brewers staff is very top-heavy. Aaron Ashby and Eric Lauer are solid pitchers, but they haven’t shown anything that would instill any sense of confidence into any Brewers fan. Closing out the rotation they have a combination of Adrian Houser and Freddy Peralta, who are sub-par, to say the least.

Besides Shane McClanahan, none of these names really jump off the page. But, when you look at this rotation as a whole, it’s a force to be reckoned with. Obviously, McClanahan is Cy Young caliber, but moving beyond that we have Tyler Glasnow, who, when healthy, has one of the nastiest fastballs in the game. Then we have Drew Rasmussen, who had a break out season in 2022, and a young Jeffrey Springs, who maintained a 2.46 ERA through 24 starts last season. To round out the rotation we have a combination of Zach Eflin and Luis Patino, and you have to remember that Shane Baz is right around the corner too.